Omaha, NE
Visit our website
Cart ()
Back
Nyok Kuoiloi for MCC Board 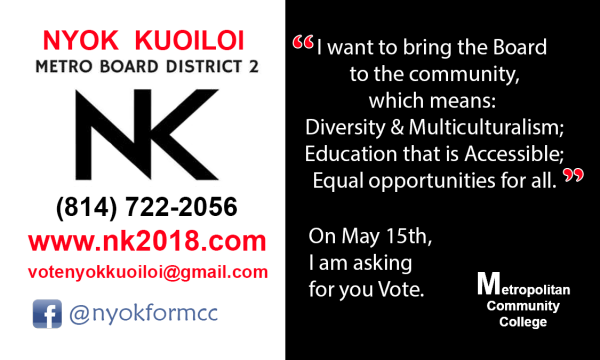 Nyok Kuoiloi is an experienced advocate, activist, and youth mentor, has work as an AmeriCorps Vista fighting to free low income families from the chain of poverty through education and healthcare services for underserved and marginalized communities.

Nyok Kuoiloi is a curious millennial, emerging leader and a believer in multiculturalism. He is a former refugee from Sudan. Nyok was raised by a single mother, with four of his siblings; and spent nearly ten years with his family in Kakuma Refugee Camp in Kenya, before finding a home in Erie, Pennsylvania, in early 2000.

Nyok attended East High School in Erie, where he learned English as a Second Language. During his time there, he developed a vision, with the help of a priest, John Santor, of Catholic Charities: to tell his story.

His family’s differences, and experiences riding the up-and-down roller-coaster of The Sudan civil-war atrocities will forever inform the way that Nyok sees the world, and will forever motivate him to make it better.

In 2008, Nyok saw the challenges that were facing New Americans. The issues of youth-unemployment and raging violence on our streets. Nyok went to work as a mentor, and as an activist, with the help of Erie Public Housing, through YMCA-Kids’ Club and ”Quality of Life” Learning Center.

Nyok answered the call of service in AmeriCorps VISTA, (Volunteers In Service To America), while working on his graduate studies.

Nyok has seven years of social-service experience: working as a Program Developer, Mentor, Supervisor, Resource Support Specialist and as Associate Director of a local non-profit organization, which last focuses on social-justice and civic-engagement, through empowering disadvantaged refugee youth and their families.

Nyok is a 2008 East High School, Erie, Pennsylvania graduate. He also holds a Bachelor's Degree in Political Science from Penn State University, and a Master's Degree in Public Administration, with a concentration in Organizational Leadership, from Gannon University, in Erie. He is currently enrolled in the MBA program at Gannon. 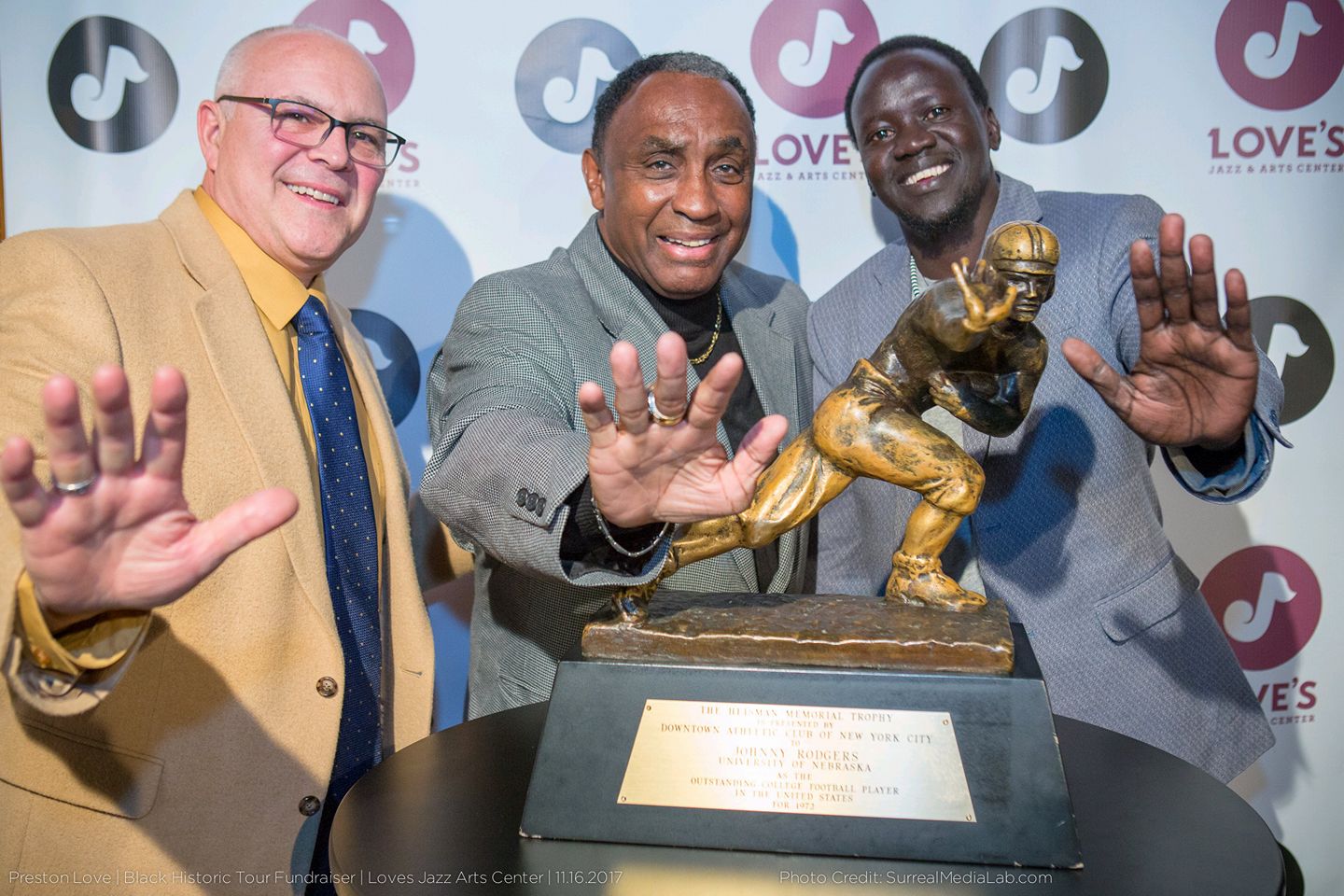 Living in North Omaha, Nyok has worked positively alongside diverse individuals — among them African-Americans, Latinos, Seniors, LGBT, Youth, Religious Minorities, Immigrants and Refugees, Women, the Poor, the Disenfranchised, and other marginalized segments of society.

Learning the history of his present community and understanding the work that needs to be done, as well as recognizing the potential in the urban endeavor, Nyok is proud to call himself an Omahan. But among his many rôles thus far, he holds being both a student and a teacher in high esteem. Nyok considers education the ultimate factor in achieving Nebraska’s good life.